Sale on canvas prints! Use code ABCXYZ at checkout for a special discount!

The Akhal-Teke Sacred Horse of the Desert

Previous Next View All 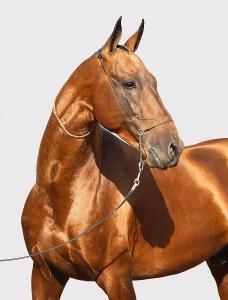 I kinda found this horse by accident and became enamored with this horse breed the Akhal-Teke. I thought to myself I have to draw this! This majestic horse is characterized by a long neck that tapers up to its head, narrow chest, long and lean body, shiny almost metallic coat, well-defined muscles, and known for their speed and endurance. They are an ancient breed even older than Arabian horses. They were bred for more than 3,000 years, making them one of the oldest horse breeds known. It is a true desert horse noted for its extreme stamina and hardiness. This is probably the best-known feature of the breed and its most unique. The hair of Akhal-Teke is so fine and silky that it gives a special metallic sheen.
The Akhal-Teke is the national emblem of Turkmenistan, where the breed originated. The Akhal-Teke comes from a country where food and water are scarce. The breed naturally developed to survive in these conditions, making them an incredible endurance horse. The fact that the breed is their national emblem, the Turkmens take great pride in their Akhal-Tekes. This includes decorating them with lavish tack and drapings that are highly-prized and made of gold, silver, bronze and precious stones.
I had a lot of fun drawing this breed.